Pen-y-ghent is a prominent 694m tall fell in the Yorkshire Dales. It's the lowest of Yorkshire's Three Peaks, the other two being Ingleborough and Whernside. The origin of it's name is unclear with debate over whether it means "Hill on the Border" or "Head of the Winds". Beneath it there is also an extensive limestone cave system, which includes Hull Pot and Hunt Pot, two large natural holes, the former of which is Englands largest natural hole. Local legend has it that the waters flowing into Hull Pot and Hunt Pot cross each other in different streams underground without mixing.

The fell is a well known walking destination, being part of the Penine way, and a stop on the Yorkshire Three Peaks Challenge which starts from Horton-in-Ribblesdale. 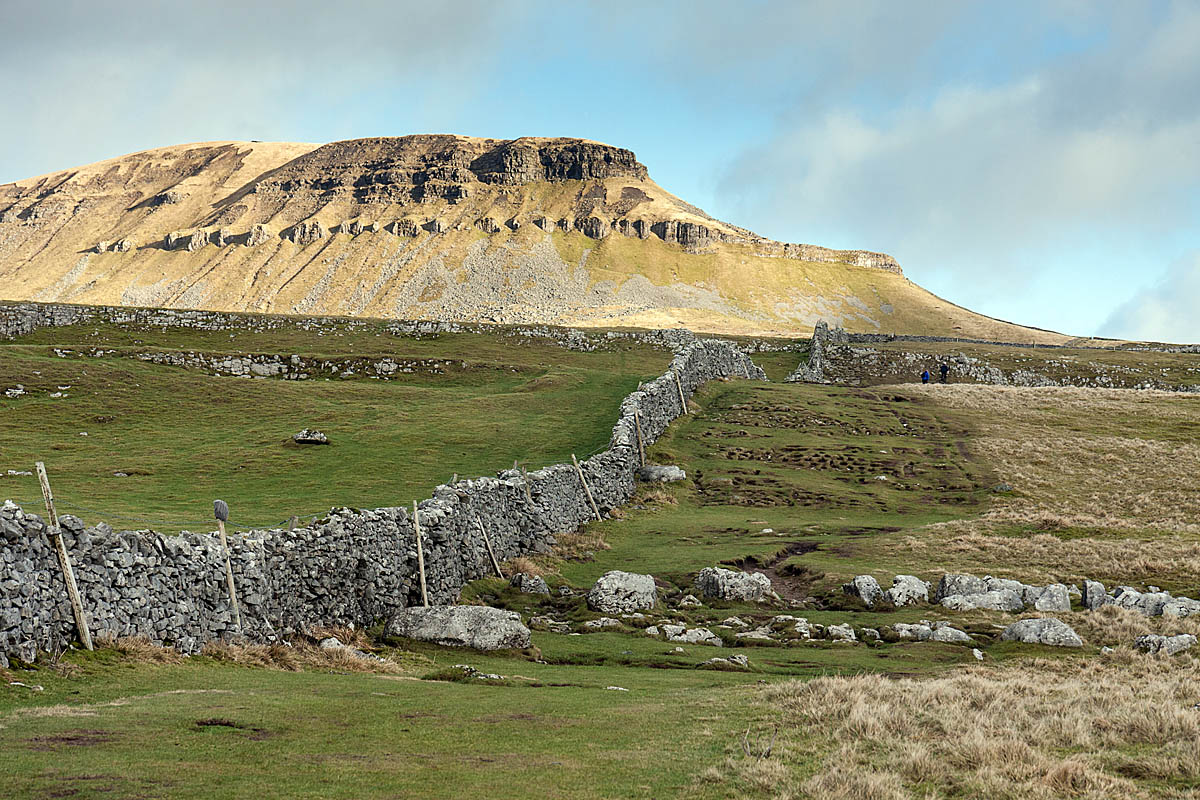