The market town of Richmond - from the Norman French riche monte meaning 'strong hill' - has grown up around the Norman Castle which still dominates the town today. The building of the castle as a military stronghold commenced in 1071 on land gifted to Alan the Red of Brittany by his kinsman William the Conqueror as reward for his part in the victory over King Harold and his subsequent support of William as one of his most trusted advisers. Richmond Castle became the headquarters of the Honour of Richmond, a vast assembly of estates in Yorkshire and beyond. 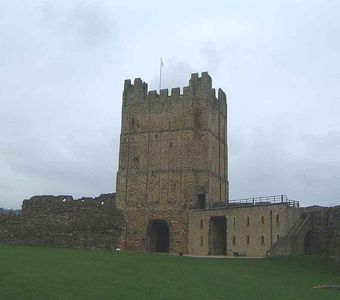